I have written about Regression – Predictive model in my earlier post Regression testing in R. Following posts are useful if you want to know what is regression.

Previous post talks about predicting unknown values using known values. This post would explain about how much change is observed between IV(s) and DV.

Sometimes, the dataset is not completely visible in wordpress. Hence I’m giving it as an image below.

support, advice, satisfaction and loyalty has multiple variables in the above data set as sup.help, sup.under etc.

Let’s make it as a single variable (mean) for easy analysis.

So we found the mean using apply() and rowMeans(). Those mean values are appended to our original data set student_data. Now, let’s take only 4 variables – gender and the 3 new variables value, sat and loy in a new data set for analysis.

Looks simple and great, isn’t it?

Here is the influence of value for money on loyalty.

Value for money has 58.2% influence on loyalty. Following is the influence of  satisfaction against loyalty.

Wah, 89.46%. So to keep up our customers, satisfaction should be high. This is the message we read. I wish my beloved Air India should read this post.

We are combining everything below.

Really, I don’t know how to read the above value at the moment. I’d update this post (if I don’t forget!)

To collate the results and show in a consolidated format, we use screenreg() of rexreg package.

So this linear regression post explains the relation between the variables.

See you in another post with an interesting topic. 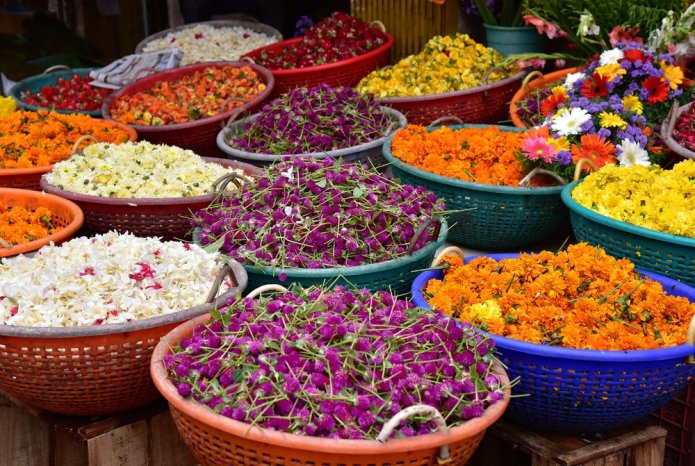 Here are my previous posts about ANOVA

So we can compare 2 groups with ANOVA. If we have more than 2 groups, we shall use Regression. We can have multiple IV on DV. ANOVA allows Categorical IV only. But regression allows both Categorical and Continuous data, in addition to multiple IV. DV should be continuous.

While correlation shows is degree of relation (+ve or -ve), regression shows us the correlation and sign of causation. So we are going to estimate DV based on changes to IV.

Hope the preview of the data set I’ve given above makes sense.
To predict, we should have two type of data – training data and testing data

The formula for the prediction is given below.

Intercept 6727 is the baseline, which means, a person with no education may get 6727 salary.

We have considered only the education in this example. Plus point of regression is, we shall use more than one IV. In this case, I want to consider years of experience in addition to education. Then my command goes as below.

This time I get 99.97% influence of education and experience in deciding someones salary. If you see the signs of estimate, Education UG or PG does not make a big difference. But previous experience and DOCTORATE surge our R square value. If R square score is low, your correlation is weak. Do not use prediction in this case or search for right IVs.

So this is the prediction of salaries from rows 36 to 50.

I have written about how to run the ANOVA test in my previous post Analysis of Variance ANOVA using R. We analyzed the salary difference between different level of education.

We have already executed ANOVA test. Following is the output.

To compare the difference between the group, we use Post hoc test. We shall use TukeyHSD() for this. We need to go for this approach, only if the anova is significant. If anova is not significant, there is no need for posthoc.

We’d see how to run get the variances across the groups in this post.

If signs between lwr and upr are same, irrelevant of + or -, that denotes significant difference.

When you compare diploma (lower degree) with doctorate (higher degree), the difference would be +ve and vice versa. If you just want to see the difference, + or – is not significant.

Let’s plot this in a graph.

0 is the mid point. So, anything near 0 do not have significant difference.

From the top, first plot is for the comparison between DOCTORATE-DIPLOMA. You would see a high positive difference. If you see the plot for UG-DOCTORATE, is it second highest difference, but this is negative difference. Anything near 0 like UG-DIPLOMA, does not have significant difference.

We received a new data set from company now, which has a new column Loan.deducation. Last.drawn.salary changes with respect to his loans.

Company wants to see the differences among Salary (column 6), Loan.deduction (column 7) and Last.drawn.salary (column 8). We combine apply and anova as given below.

Following is the variance between education and Last.drawn.salary.

F value is 674, which means, the change is significant. Following would be more interesting.

F value for Loan.deduction is lesser than 4. So, there is no change in the deductions between different education level.

I have written about a hypothesis testing of independence in my previous post Testing of Independence – Chi Square test – Manual, LibreOffice, R. This post talks about testing of mean difference.

Let’s find out the difference of mean salary between male and female.

Obviously there is a difference. Let’s see what a t-test in R shows us.

How to interpret this result?

Higher the t value (ignore the sign), higher the difference.

I have written about testing of hypothesis in my earlier posts

In this post, I’d be using the below given data set.

We can find out the association between two (at least) categorical variables. Higher the chi square value, better the result is. We shall use this to test our hypothesis.

When we use chi square test to find the goodness of fit, we shall use 2 categorical variables. higher the chi square value, better the result is. We shall use this to test BLR, SEM tests.

Example for Testing of independence

This post talks about testing of independence. We have employee data given above. Following are my hypothesis.

H0 = Number of female employees and level of management are not related.

H1 = Number of female employees and level of management are related.

We would solve this using three methods

We prepare the count of female employees in each level as given below. I have used COUNTIFS() function of LibreOffice.

Calculate the row (highlighted in pink colour) and column sums (blue colour) and summation of all row sums (saffron colour).

The values are called observed values. We shall find out the expected values as well easily as given below.

All the observed values (O), Expected values (E) are substituted in the below table. We calculate the Chi square value χ2 which is 19.

Critical value of χ2 is 5.991, which is looked up using the level of significance and degrees of freedom in the below given table.

You may watch the following video to understand the above calculation.

We have already found out the frequency distribution of females and males per each management level. Let’s use the same. 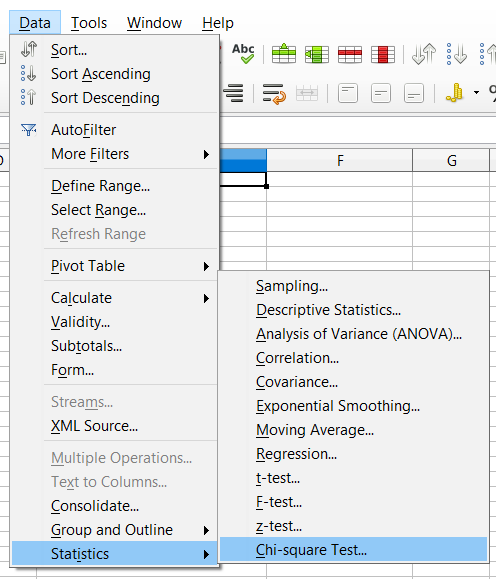 Finally my selections are given as below

After pressing OK, We get the following result

I have the data set stored as sal.csv file. I’m importing it and store to sal object.

As I wrote in Exploring data files with R I create a Frequency Distribution table using table() function.

Use chisq.test() function with gender_level_table as its input, to run the chi square test 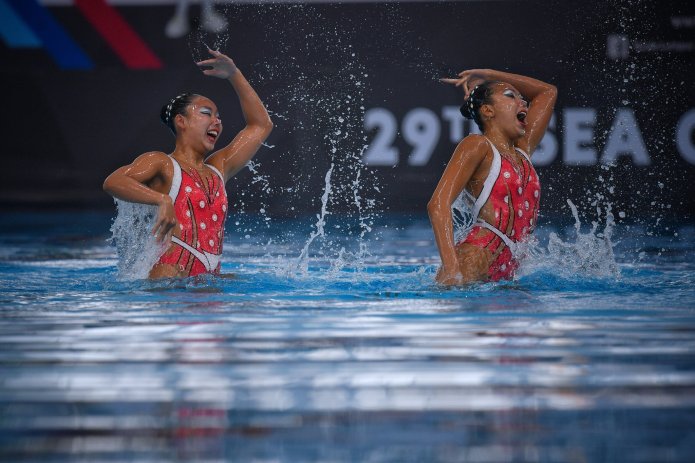 I have written about the manual way of calculating one-way anova in One way analysis of variance. We shall use LibreOffice (or MS Excel) to calculate it quickly. I’d explain with Libre Office below.

H0: there is no difference between three conditions with loan scheme.

H1: There is a difference. Not all μs are equal.

2. Define the alpha value for type I error. 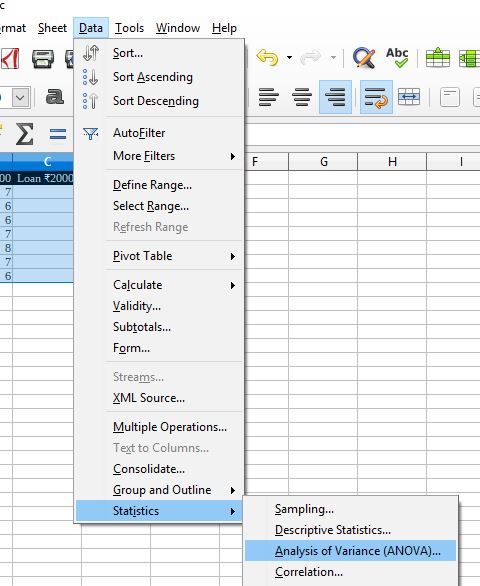 4. And Here is your output

I’d be writing about ANOVA in this post, after my previous post on Skew & kurtosis. ANOVA is a technique to perform statistical intervention on one or more than two populations at same time to analyze the data effectively.

Though there are several other types in anova, I’d discuss about One-way anova in this post.

A Hypothesis is a tentative statement about relationship between two or more variables. It is a specific, testable prediction about what do you expect to happen in your investigation.

Following is the major types of statistical hypothesis.

H0: Null Hypothesis: It is usually hypothesis that sample the observations based on chance.

H1: Alternate Hypothesis: It is the hypothesis that sample observations are influenced by some non-random cause.

When we collect the air quality of Mumbai in 2016, a null hypothesis may be like this – there is no change in quality between second and third quarters of 2016. An alternate hypothesis H1 may be, the quality is poorer in third quarter of 2016.

What is a Hypothesis testing?

Hypothesis testing is a process to prove or disprove the research question. By allowing an error of 5% or 1% (α alpha values), the researcher can conclude that result may be real if chance alone could produce the same result only 5% or 1% of the time or less.

Is the mean salary of an IT family in Bangalore equal to ₹ 40000?

we need to write this question in terms of null (H0) and alternate (HA) hypothesis.

HA suggests us that the salary may be lesser than 40000, or greater than 40000. We call this phenomenon as two-tailed tests.

Generally we may ignore certain percentage of measurements, usually these are peak measurements. We call them as Type I error represented by α (alpha). Generally it would be 5% (0.05) or 1% (0.01)

A Type II error is used to identify the causes to reject a false null hypothesis. It is generally good not to ignore Type II errors.

Following is the returns obtained by each slabs.

H0: there is no difference between three conditions with loan scheme.

H1: There is a difference. Not all μs are equal.

2. Define the alpha value for type I error.

3. Determine the degree of freedom (DF)

To look up the critical value, two df values need to be used.

Lets substitute the values in the above table.

We already calculated the values for Q1, Q2 and Q above.

h is the number of columns, which is 3.

Finally our F value would be,

F(2, 18) = 86.2998 ≠ 3.55. Hence our null hypothesis is rejected and alternate hypothesis is accepted. There is a difference between the loan schemes. Not all μs are equal. 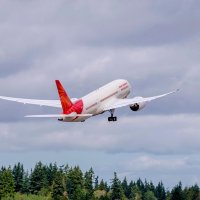 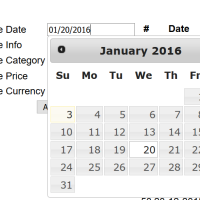 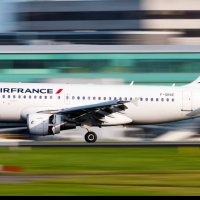 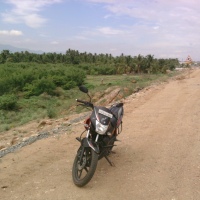